We pray that people who suffer from depression or burn‐out will find support and a light that opens them up to life. Pope Francis – November 2021

Depression and anxiety: the most common mental health disorders

The message of Pope Francis’ prayer intention addresses a central issue in the lives of millions of people: mental health. In the video, he explains that in many cases, “sadness, apathy, and spiritual tiredness end up dominating people’s lives, which are overloaded due to the rhythm of life today.”

In fact, a study published this year estimates that about one in ten people worldwide lives with a mental health disorder—that is to say, about 792 million people, or 11% of the population. Among the various disorders that exist, the study identifies depression (264 million, 3%) and anxiety (284 million, 4%) as the most prevalent in people’s lives.

The UN in turn warns that when depression is recurrent and moderate or severe in intensity, it can become a serious health condition. In the worst-case scenario, it can lead to suicide, which currently takes the lives of more than 700,000 people every year and is the fourth leading cause of death among young people aged 15 to 29.

Mental health in times of COVID-19

The worldwide COVID-19 pandemic has caused the death of millions of people. It has also tried the mental and emotional resilience of countless people and has affected their psychological equilibrium. Sometimes, this has created situations of real anguish and despair. With this reality in view, the Holy Father asks that we “be close to those who are exhausted, to those who are desperate, without hope. Often, we should simply listen in silence.”

The Dicastery for Promoting Integral Human Development has drawn up a document directed to those who want to help accompany people who are suffering psychologically, above all due to the pandemic. It highlights some of the main causes, such as uncertainty about having a job in the future, which have affected mentally healthy people or have worsened serious mental disorders such as depression, panic attacks, and anxiety, among other related pathologies. 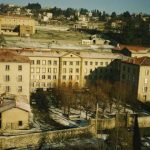 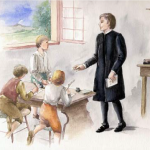 Novena of Confidence to the Sacred HeartUncategorized