A Look at History 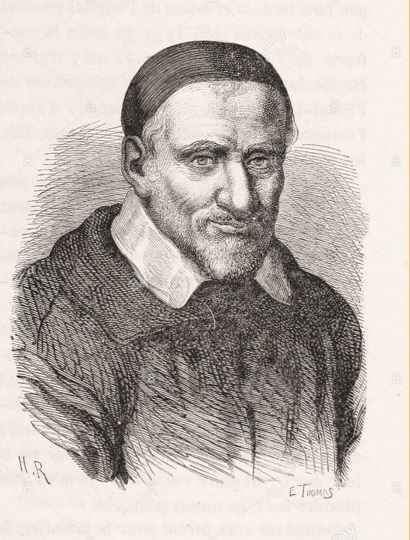 In Botticelli’s fresco The Temptations of Christ, which is in the Sistine Chapel, the devil appears trying repeatedly to tempt God our Lord. The technique of Italian narrative painting of the Quattrocento allows the depiction of the entire scene from the fourth chapter of St. Matthew’s Gospel. Satan appears disguised as an old man and holy pilgrim, dark hooded cloak with a staff that seems to support his feeble frame.  Under the cloak appear claws and wings that recall the harpies of Dante’s Inferno.  The first failure comes when he proposes that Jesus, who is famished, turn stones into bread.  At the pinnacle of the temple, he does not succeed either.  It is only when he sees himself defeated, that there is no solution, that he understands that his power is extinguished by this “You shall worship the Lord, your God, and you shall serve him alone.”  At that moment, he throws off his cloak and his staff, showing his horrible face as he hurls himself from the mountaintop.

Heresy is the devil’s business. Yet only rarely does he show his horns, his tail, and his scavenger’s nails. He does not want to frighten the politically correct progressives who believe that they are at the front of a movement to renovate and modernize the Church.  Only holy men can stop the heresy. With the help of God’s grace, they realize that the new doctrines are compromising their faith and their very existence.  These men are explicitly aware that certain of their contemporaries have begun to fashion idols that distance them more and more from the message of the gospel.  It is not easy.  In most cases, it is necessary to have a special intuition to begin to swim against the current and huge doses of energy to withstand the enemies’ attacks.

Saint Vincent de Paul and our Father Coindre were explicitly aware of the heresy of their times.  They had the courage to confront situations with which many Christians of their era felt comfortable.  They abandoned a prominent position to defend, in word and deed, the true essence of the gospel before those who had found ways, seemingly more reasonable, to live their faith.  Saint Vincent de Paul was the champion of the fight against Jansenism.  Father Coindre, for his part, had an exceptional lucidity to realize that enlightened thought had tried to erase God from the life horizon of men.

Jansenism takes its name from Cornelius Jansen, bishop of the Flemish city of Ypres.  We could say that Cornelius Jansen was never a Jansenist in the heterodox sense of the term. He died in 1638 while declaring his love for the doctrine of the Church and his submission to it.  Two years after his death, Jansen’s Augustinus was published at Louvain.  This work proposed a very strict reading of St. Augustine’s theory of divine grace.  The publication’s champion was Jean Duvergier, a native of Bayonne, abbot of the French Abbey of Saint-Cyran, friend and classmate of Jansen. Saint-Cyran, as Duvergier will be known in history, became the main promoter and propagator of Jansenism.

From his birth, man is predestined to salvation or condemnation.  Consequently, there are some men, but not others, who receive an efficacious grace that saves them.  The contribution that man can bring to his own salvation is practically nil.  God is the sovereign who decides which men will save themselves. To appear before God in the Eucharist one must be completely free from impurities, so in most of the communions that take place in churches, God receives only insults and offenses. It is better to space out the time for receiving communion and, if possible, delay it until the moment of death, when one is sure to appear before God with total purity.  In the same way, it is absurd to absolve those who come to the confessional before having accomplished the penance that has been imposed on them. And if penance is to be proportional to the faults committed, the reparation can last for weeks or years.

These are some of the arguments supported by the Jansenists.  They considered themselves faithful disciples of the message of Saint Augustine and they did not see themselves at all as heterodox. They professed themselves Catholic to the highest degree of purity.  They had their bastion in the celebrated Abbey of Port-Royal and Blaise Pascal was the strongest defender of their cause.  The Jesuits became their principal enemies, accused of encouraging a lax morality that was going to lead the Church to the most absolute spiritual ruin.

Saint Vincent de Paul and the abbot of Saint-Cyran were both practically peasants.  Saint-Cyran was originally from Bayonne, as we already said, and de Paul came from the neighboring Landes de Gascogne.  They met for the first time in 1624 at the home of Cardinal Bérulle, founder of the Oratory, who was their friend.  It is thus that a deep friendship was born between the abbot and the founder.  A friendship that will be broken only years later, when Saint-Cyran will begin to go down the path of heterodoxy.  Saint Vincent was firmly opposed to new doctrines.

For Saint Vincent, the fight against Jansenism proved to be an absolutely vital matter. He did not abandon his tasks in order to fight against the heresy.  He fights against the heresy because it is totally against what he considers a Christian way of life.  He fights because if he does not do so, his life and his entire work collapse.  The missions where the peasants find spiritual consolation have no meaning if they must wait weeks, even months, to receive absolution.  The work of the priests of the Congregation of the Mission becomes useless.  The charity of their Daughters no longer has any theological support.  The universal love of God that extends its mercy toward all men through Jesus Christ becomes a plan of salvation in which most of humanity is excluded from the start.

Vincent takes a step forward because he feels the need to unmask the devil who, like that of Botticelli, had hidden himself under the garments of asceticism and purity.  He declares that he is ready to give his life to defend the truth of the faith.  But despite that, Jansenism remains present in the life of France, becoming more than 100 years later the nucleus of the French Constitutional Church, the Church of the Civil Constitution of the Clergy, the Church of the Revolution.

A Church and a hierarchy divided between juring priests and refractory priests. This is the situation that Father Coindre is going to find during his first years in the seminary.  He too will have to face another form of heresy, perhaps the most terrible:  unbelief. A plan for rising – Pope FrancisUncategorized 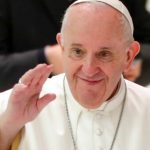 At the service of Human fraternityUncategorized