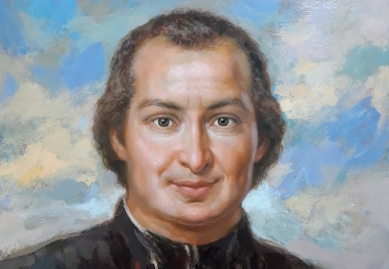 3 May 1816: Father André Coindre writes his last letter to the Brothers

A few days before knowing that a fulminant disease would end up his life, our Founder sent his last letter to Br. Borgia from Monistrol. We can find there a very significant statement that refers to the future of his work:

Brother Xavier died in our Main House in Paradis, at the age of 60 years and 25 days. He had lived forty years being a Brother of the Sacred Heart. Brother Alberic (7th Superior General, 1906-1925) wrote: “The real tree only grows on the grave. I will never forget what I experienced in my first visit to Brother Xavier’s grave. I felt these words in deep in my heart: The first Brother of the Institute, our humble elder brother, rests here, in the peace of the Lord. At that time I asked the Sacred Heart for all the brothers who walked after him, so that we may share their struggles on earth for the sake of our beloved Institute and in this way we may enjoy the Glory of God in the company of Father André, Brother Polycarp, and the brothers who have gone before us.

16 May 1891: Vatican’s Laudatory Decree to our Institute.

Following the request to the Vatican sent by Brother Norbert, Superior General, in June 1890, the Sacred Congregation of Diocesan and Regular Bishops gave, on May 16, 1891, a “laudatory decree” to the Institute of the Brothers of the Sacred Heart. Although it was not yet the formal recognition of our Rules, it was a great support and encouragement for our religious family.

At Blois Hospital, our Founder died after a “cerebral fever” which put an end in a few days to the promising life of the priest who was developing his evangelizing potential. He was 39 years old, and had worked for just 5 years since the foundation of the “Brothers of the Sacred Hearts of Jesus and Mary”, which is the original name of the Institute.

Late May 1819: Inspiration of Father André Coindre towards the youth.

During the last years of May, 1819, Father André preached in Saint Joseph prison in Lyon. It is believed that it was there, when contemplating the young prisoners, where he had the idea of founding a work for the troubled youth, both to prevent major evils and to give them a chance when leaving the prison. This work was the “Providence of the Pious Relief”, which would motivate the foundation in 1821 of the Brothers of the Sacred Heart. 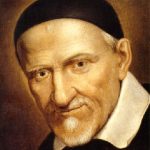 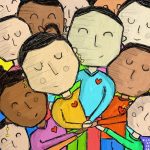