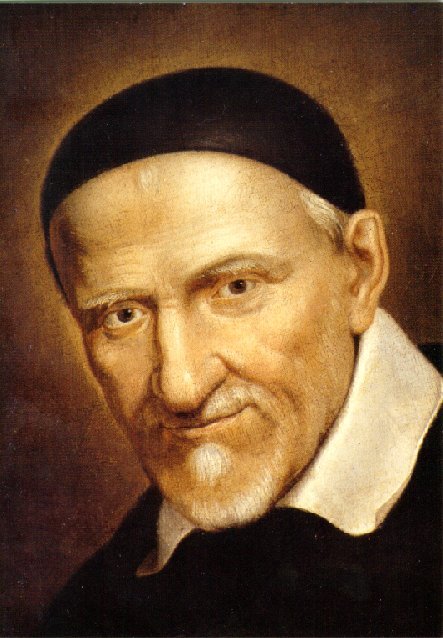 In the panegyric dedicated to Saint Vincent de Paul, which we know as Manuscript 162, André Coindre describes the characteristics of what he calls “an evangelical worker”.  According to our founder, an evangelical worker is a divine fire who sets ablaze everything that he touches, but who, despite his power, does not let himself be overshadowed by arrogance.

Saint Vincent de Paul is the untiring apostle of the poor.  During his 80 years, he carried out an extraordinary evangelical activity.  In 1625, he founded the Congregation of the Mission, the religious whom we know today as the Vincentian brothers or Lazarists.  The first charism of the Congregation was the evangelization of peasants, who were the marginalized of that era.  Saint Vincent understands perfectly that if his priests are not well trained, their missionary action will not bear fruit. This is why he devoted himself for a very long time to the formation of his priests and the establishment of diocesan seminaries.

With Saint Louise de Marillac, he also founded the Daughters of Charity.  This group of religious was born within a women’s organization that gave assistance to the most deprived, known under the name of the Confraternity of Charity.  “Love the poor and honor them as you would honor Christ himself,” such is the mission entrusted to these young women who meet at Louise de Marillac’s home. At the beginning, they are not even aware of what they are doing:  beginning to found a new congregation.  They do not ask for any kind of authorization, either civil or ecclesiastical, because charity has no need for permission.

The saint’s activity is tireless and throughout his life, he has time personally to take care of those condemned to the galleys, wounded and sick soldiers, the elderly in distress, poor children, slaves, beggars and all those who have the joy of approaching the saint to see the merciful face of God.  Chapter XLV of Abelly’s biography begins with these words: “Monsieur Vincent’s charity was like a burning fire, ever ready to expand when it finds combustible material.  Or rather, his charity was inspired and set ablaze by the heavenly fire that Jesus came to bring to the world, which places hearts in constant readiness to act for the glory of God and for the salvation of souls.” Saint Vincent is the fire. 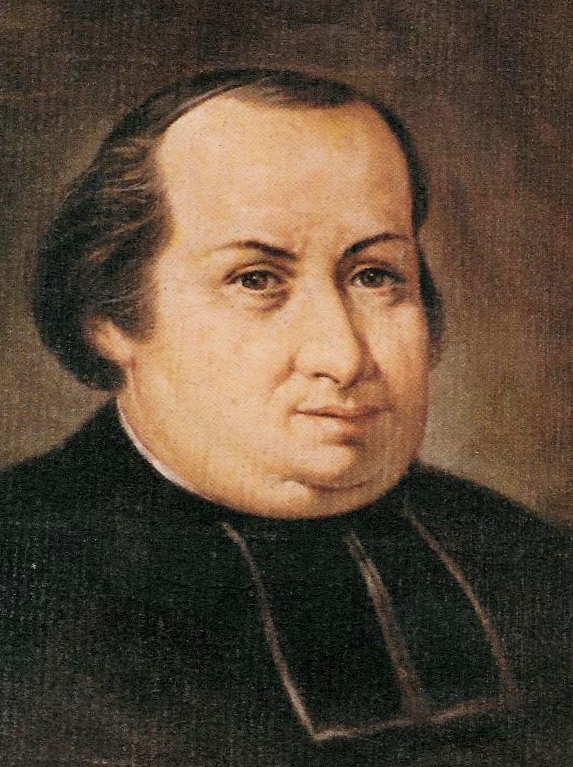 André Coindre only lived for 39 years.  He developed his evangelical work from 1812, the same year when he was ordained a priest, until 1826, the year of his death.  Fourteen years of tireless activity.  With Claudine Thévenet, he founded the Religious of Jesus and Mary from an association of charitable ladies which they had themselves founded in 1816 and which bore the name Pious Union of the Sacred Heart of Jesus. The beginnings of this work were truly humble and unpromising.   This night of October 5, 1818, at Pierres-Plantées, there was only the widow Ferrand, Jeanne Burty with her loom, an orphan, and Claudine.  Claudine herself declares that she seemed to have embarked on a crazy and presumptuous enterprise and that, all things considered, the work was doomed to failure. But there was also the Lord who blesses the most humble and who bases projects in poor open hands.

In response to the call of deprived children and adolescents without hope, André Coindre established a providence to care for young people who were imprisoned, vagrant, or abandoned.  This providence, which will later become the Pieux Secours, is at the origin of the congregation of the Brothers of the Sacred Heart.  André’s first collaborators do not seem to have been able to make it through a relatively rigorous screening process.  Antoine Ghenton refuses Coindre’s invitation to become a religious; he leaves the educative work to turn in the future toward employment in a Lyon printing house.  Guillaume Arnaud, our brother Xavier, is a persevering and determined young man, a true man of faith who responds to God’s call.  But, looking at the situation from the outside, we could say that he was not sufficiently trained to become the first brother of a congregation dedicated to the education of youth.  Once again the crooked lines of God.

Without having the possibility of remaining in his own foundations, Father Coindre continues to spread the fire of God’s word in the rural areas of the districts near the city of Lyon.  On the initiative of Bishop Salamon, a miraculous survivor of the purges against Catholics during the French Revolution – which he himself described in a chilling account – he founds the Missionaries of the Sacred Heart of Monistrol.  In addition, within the framework of his apostolic activity he visits prisons, offers work and opportunities for education to poor children, cares for the sick, and reveals the glory of his sanctity to all those who have the good fortune to meet him.  In the first rules that he gives to the Brothers of the Sacred Heart, he asks them not to forget the words of Jesus, “I have come to cast a fire upon the earth, and what do I desire, if already it is lit?”  And he adds, “They will make this fire burn in all hearts, after embodying it themselves from the Sacred Heart of Jesus Christ.”  Father Coindre is full of God’s fire.  Father Coindre is the fire.

If the Lord our God was searching for people capable of spreading the fire of his love, he found among them two pyromaniacs. Two priests separated by 200 years of history.  It is quite probable that André was inspired by Vincent in developing his own apostolic work.  In the two cases, the momentum comes from the same source.  The inexhaustible fire of the word of God that can inflame the heart.  And once this fire is unleashed, no human force will be able to stop it. 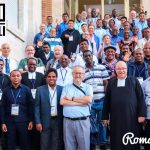 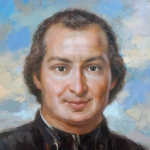