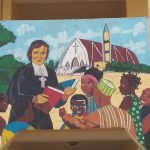 The Cause of Brother polycarp was introduced in the Holy See. This was a decisive step so that he could become Venerable and, eventually, Blessed and Saint.

So was reported to the Brothers in the Yearbook No 25: “Brother Polycarp’s Cause has just take a step forward. Now that the diocesan Process has been closed, the documentation is already in Rome. The Holy Father signed the decree introducing the Cause in Rome. He has named the Cardinal Verde as Speaker.”

Brother Paul died. He was the first deceased of the Institute. Born in April the 26th, 1803, his “civil” name was François Porchet. Previously a teacher, he entered the Institute on September the 24th, 1821. He died of lymph node tuberculosis.

This is what the Acts of the Chapter say: “He opened the session with a speech dealing specially with Brother Polycarp, recalling his precious qualities, celebrating his virtues and evoking his holy death. The members of the assembly have joined his feelings…, for they all loved and venerated the Superior whom death had just snatched from us”.

Brother Paulus (Paul), Superior General, sent a Circular to all the Brothers, announcing the dissolution of the Institute in France. This was a consequence of the processes of struggle against the Church, carried out in France in the early 20th century. For this reason, some brothers remained in their country, but “incognito”, while others emigrated to the neighboring countries in Europe: Belgium, Switzerland and Spain.

Let Brother Paulus’ words be a reason to hold hope in the face of any difficulty we may face: “Let us not be discouraged by the test. Let this be the reason for strengthening our vocation. Do not believe nor say, driven by desires of desertion, that our Congregation no longer exists and that our religious obligations have been suppressed. It is true that a vote in the Parliament has shaken our works in France. But have we vowed to the Government? Our Society depends directly on the Church, and as long as the Church doesn’t dissolve it, it remains legally before God and before the conscience. The Sacred heart, under whose protection our Congregation is, and which has sustained and developed it in the midst of a thousand obstacles, will not allow its work to perish. Therefore, and in spite of everything, let us have trust and hope.” 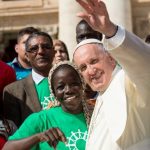 Message of Pope Francis: hear the cries of migrantsUncategorized 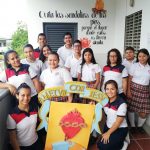