6 November 1838: A permission to open a school in Espaly, Paradis is given to Brother Polycarp.

The property known as Paradis had been secretly bought by the brothers to preserve it from the economic mismanagement of Brother François Vincent Coindre (second Superior General), as a measure taken by Br. Xavier to offer hope and tranquility to the brothers. This house came to be considered the mother-house of the Institute and seat of its government. Br. Polycarp was the founder and headmaster of the school; as such, he was authorized by the local government because the congregation did not have had official recognition:

“To whom it may concern: On this day, november 6, 1838, the Mayor of the Municipality of Espaly-St. Marcel certifies that Mr Jean Hippolyte Gondre has presented, according to the law, the Training Diploma and a Certificate of good behaviour and habits, with the purpose of opening a private primary school. Attesting to this, I issue this certificate. Mayor of Espaly-St. Marcel, November 6, 1838. Signed: Filhiot Ainé.”

13 November 1968: The Holy See approves the Positio on the life and virtues of Brother Polycarp, an official compilation of all the documents about him.

One can get an idea of the enormous research work carried out in this Positio by stating that 93 archives and libraries in 69 cities have been consulted. Those in Rome and the Vatican have been personally examined by the Pope; the others, by the external collaborators of the Historical Section.

17 November 1825: In 1825, Father André Coindre is designed Vicar General, Superior of the seminary and Honorary Canon of the Diocese of Blois.

It is difficult to be aware of Father Coindre’s true intellectual and apostolic stature because of his early death. In 1825, he was in Monistrol, carrying out the project of the missionary priests of the Sacred Heart, but his plans clashed with the Bishop’s, who wanted to assign other tasks to the priests. In order to avoid greater difficulties, Father André decided to step aside. In this context, Monsignor de Sauzin, aware of his worth, offered him to go to his Diocese of Blois in order to be Vicar General (delegate of the Bishop), Superior of the seminary (ie, responsible for the formation of future priests), and Honorary Canon (counselor of the Bishop and responsible for the cathedral church). One can understand all this because Father Coindre was an exceptionally valuable man.

29 November 1927: Arrival of the Brothers to Uruguay, first presence in Latin America.

This was not only the first foundation in Latin America, but also the first missionary work of the Province of Spain, where the Brothers had arrived 25 years earlier. This was also the beginning of a great missionary activity throughout the Institute promoted by the Spanish, Canadian, and American brothers.

“The date to embark was on November 11. During the first days of that month, the farwells began. Departing from Barcelona, the ship made stops in Malaga, Cadiz, Canary Islands, and Rio de Janeiro. The arrival in Montevideo was on November 29 at 9 pm.” 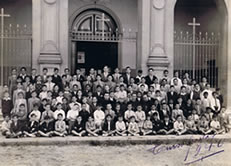 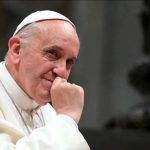 Message from Pope Francis in OctoberUncategorized 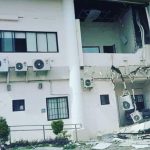