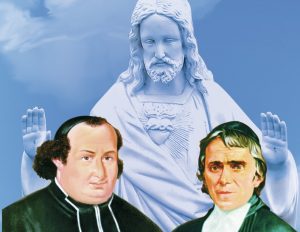 After Father André Coindre’s death in 1826, his brother François Vincent Coindre, also a priest, followed him as Superior General. He went through many difficulties during his government and ended up resigning in 1841. Venerable Brother Polycarp was then elected as Superior General. He was the first Brother to hold this position, which he maintained until his death in 1859. Here follows Father François Vincent’s resignation letter, addressed to the Brothers:

In the last years, I have always directed my efforts in a government where you could govern yourselves. I had repeatedly asked Monsignor de Bonald to be exonerated of this burden, but His Excellency did not want to do it.

Seeing now that the novitiate of Paradis is on the right track, and taking into consideration the good spirit of those who run that house, it is certain that this little Congregation will prosper. These are the most vehement desires of my heart. I only have one concern: that, despite my efforts and my sacrifices of all kinds, I did not get everything my heart wanted to do for its prosperity, but this leads me to think that the Providence has not wanted to grant this satisfaction to me. Without a doubt, this would have been too great for me, because of the fact that whoever is good at creating a work is not always perfect at polishing it. For this reason, being persuaded as I am that I did all I could, I present my resignation.

You already know it, I have repeated it to you over and over: it is necessary for you to govern yourselves. Your leader must be subject to the same rules and statutes as the others; he must experience himself your difficulties in order that everything is in conformity with the spirit of the Church.

Therefore, in pursuit of the common good and seeking your prosperity, I renounce my authority as Superior General, leaving you in the hands of our first Assistant, Brother Polycarp. I desire that the spirit of God always be with him, that the union between him and his Brothers be perfect, that firmness be united to the goodness of his character, so that the Superior, while making obedience easy, make it respectful, and that the inferior make more bearable the burden of authority.

Goodbye, my dear Brothers. You, for whom I have spent twenty years of my life with no other ambition than to see you triumph and prosper; you, who have been always in my heart; you, for whom there are no sacrifices I have not imposed to myself, privations I have not suffered, fatigue I have not endured, pains and worries I have not concealed. Goodbye. I have broken the bonds of authority that linked you to myself. I am still linked to you, on the other hand, by the bonds of charity. In the Heart of Jesus I appeal to you all. In that Heart you will remember the one whom you have called your Father for so long, and who will always be your friend.

This is the birth certificate, dated on “the 4th day of Fructidor, Year IX of the Republic of France” (according to the calendar imposed by the Revolution), and signed at La Motte en Champsour:

Birth certificate of Jean Hippolyte Gondre, born on the 3rd day of this month at one o’clock, son of Jean, builder with residence in La Motte, and Victoire Gonsalin. The baby is a male. First witness: François Pascal, son. Second witness: Joseph Marron. Both are farmers with residence in Les Héritières, village of this municipality. Verified under the law by me, Pierre Escalle, major of La Motte, acting as a public officer of the State.

25 August 1837: Brother Polycarp is granted the certificate of morality in order to be able to exercise the functions of teacher in Vals.

On the basis of the testimony given to us by M Martin Maurice, Voisin Victor, and Béraud Baptiste, members of the Council, that M Jean Hippolyte Gondre, born on 21 August 1801 in La Motte, district of Gap, department of Hautes-Alpes, and with residence in our town from 30 September 1830, has good behaviour and good manners and is worthy to be a teacher, I, the major of the town of Vals and Le Puy, district of Le Puy, department of Haute-Loire, have issued this certificate in accordance with art. 4 of the law of 28 June 1833 on primary education. 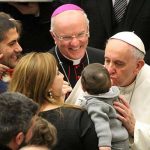 Message from Pope Francis about the importance of the familyUncategorized 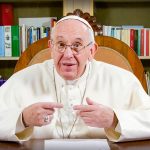 Message of Pope Francis in SeptemberUncategorized