On May, during the 36th. General Chapter of the Brothers of the Sacred Heart at Rome, Brother Mark Hilton, who was a Provincial Superior in the USA, was elected the new General Superior for the period 2018-2024. We have interviewed him in order to know him better.

1) Please, tell us something about of your origins: your country, your family, your childhood…

I was born in a small country town outside of Melbourne, Australia.  I am the youngest of five boys of my parents, Vaughan and Norma (Young) Hilton.  My father was a primary school principal so we moved with his job, but mostly in distant country areas.  We finally settled into a suburb of Melbourne called Sunshine when I was about 12. My four brothers are all married and I have 10 nieces and nephews.

2) How do you met the Brothers of the Sacred Heart? What do you remember about those Brothers?

We moved to a town just outside the western limits of Melbourne when I was in 5th grade.  My next two older brothers went to the Brothers’ school in Braybrook, Victoria, Australia.  I followed them there in Grade 7. My home room teacher in my first year was Brother Guy Goulet, who currently lives in Canada.  I remember Brother Lionel Goulet, also a Canadian, coming to our class to talk about his vocation when I was in 7th grade. In 11th grade, my religion teacher, Brother Gerard Stever, responded to one of my class essays with an essay of his own and we began a dialogue about the Brothers.  When I completed my degree in Chemistry, I entered the postulancy in Braybrook.

The key thing I remember in that time was the depth of their community spirit.  If there was anything that attracted me to their life and to their ministry, community was the key.  The other piece was their involvement in school and out. Brother Clarence Lebreton ran the swim team with Brother Anicet Paulin and I joined in 7th grade.  Brother Wilfred Cyr was the band master and I joined in 8th grade and played through my 12th grade. They were available – weekends, after school, in school.  There was a constant interaction that was personal, open and attentive that struck me.

3) Why and how did you decide to become a Brother?

Fortunately I had friends considering lives in religion – three of them are now priests – so I was in an environment supportive of considering a vocation.  I was very active in my local parish in Sunshine and planned liturgy, sang and read. When Eucharistic ministry started in the parish, I was asked to be involved in that too.  Although the thought began really to take hold in my last two years of high school, I kept in contact with the Brothers while in university. Brother Gerard Stever acted as my spiritual director – teaching me meditation, prayer, and touching base every so often to see how it was all going,

I remember telling my parents.  I was capable in school so there were many options and I was just about finished my degree.  Their response was, “We will support whatever you want to do.” And they did, even when it meant long absences, travel overseas and not being around that much.

4) In which activities were you involved as a Brother in Australia?

My first time teaching, I was teaching in an all-boys, lower secondary school.  I taught General Science, Computer Science and Religion. Later I would be the Campus Minister organizing retreats, prayer and masses for the school.

I moved to the US for preparation for final vows and then stayed for two years as a Principal in a small school of about 250 students   After that, I returned to Australia to the Brothers’ senior school (Grades 11 and 12 only) called Chisholm College. I taught Chemistry, Math and Religion and again was the Campus Minister.  After a few years, I took on the role of Principal.

5) There was an important moment in your life when the Brothers had to leave Australia, was it a difficult moment for you?

Certainly the decision to leave was a surprise.  A few brothers had been moved to ministries in Papua New Guinea and Vanuatu and so the school board asked the Regional Superior what was the Brothers’ intent.  The answer came back that we would leave in two years. It was a shock without a lot of preparation.

There were only four other brothers with me and they were all basically retired.  By the time we left, two years later, we were three. So I understood the decision based on our viability but any major change has its surprises.  Brother Gerard Stever transferred to Canada and Brother Joseph Bouchard transferred to the New York province. For me it was a time of prayer and spiritual direction.  Realistically I never thought of leaving the community – I felt that my entire person and my attitudes rang true to the charism and mission of Father Coindre and saw no alternative was needed.  I was in the community I was called to be a part of – it was more a question of where could I best serve. I completed my doctorate in charism transmission and knew of work in the US. After much prayer and thought I asked for a transfer to the New England province where the Provincial immediately asked me to take over as Principal of one of the schools.

6) Was it difficult for you to adapt to your new country?

A number of years earlier, when preparing for final vows in the studies in the US, I had volunteered to stay for two years to help a school transition from Brothers’ leadership to lay.  It was a small diocesan school in central Maine. So, I knew the area. I knew the brothers. The issue was being distant from home and family. The Provincial made a deal with me that I could go home every other year … and that is what I have done.  Yes, I miss family events and other things but my parents wrote regularly and when I was at home, it just seemed like you started off again where you were the last time. So no, there was not a lot of adaptation for me. I needed to learn the educational system, but it was more likely the kids had to adapt to me and my accent … they managed fine.

7) Until now, what has been your international experience of the Institute?

In 2006, I was on the preparation committee of the General Chapter so had a wider sense of things then.  I have given workshops in the Philippines and in England, taken a workshop in Lyons, and of course came to know the Brothers of the Province of Oceania well during my time as a member of that region.  I have visited various parts of Canada, especially my former province of Rimouski and know some brothers there. Oddly I have during the time since profession been a member of multiple provinces and districts with various mergers, changes and transfers: Australia, South Pacific, Rimouski, Quebec, New England and the United States and was part of the combined US novitiate studying with and living with brothers from all over the US.

8) Were you surprised when you were elected General Superior? Which were your first thoughts and feelings?

I have certainly been surprised by this.  Others told me it was a possibility but to me, there were so many others so much more experienced than me.  But since I entered the Brothers and even before, I have been blessed by the constant experience of God’s abiding love and presence such that no matter what comes, God will be there.  Each change has always been a call to trust, to hope, to stretch and to respond. And, God has always been faithful. So as much as I had no real idea of all that this role would involve, I was and am confident that the Spirit speaks through the brothers and that God will never abandon us in the process of it all.

9) In your opinion, which are the main challenges the Institute will have you address in the next years?

I think we cannot escape the troubles of the world around us.  In each locale, the local circumstances intersect with our lives and challenge us.  So each of us can make a list – aging, finances, self-sufficiency, vocations, school leadership, etc..

I think one thing from all the chapters is the call to listen – to not come with answers but to respond to needs.  That stance towards the world is an important one. We stand apart from the world, but I believe our fraternity, our brotherhood, is in its very self a challenge to the world around, a countercultural statement – when we pray and celebrate, when we gather at meals, when we listen and teach and sacrifice for those we serve – all of it is a declaration of the wonder of God’s love in the midst of a wounded world.  First of all, we always need to be faithful to who we are called to be – brothers – and then, like Father Coindre, we will find the most helpful response to what the world needs.

10) Can you give a first message for all our partners in mission (Brothers and laymen)?

From the very beginnings of the Institute, our work has always been a collaboration – lay, religious (men and women), clerics – we have never stood alone. And just as certainly, there have been challenges along the way, and through it all those faithful ones, brother and lay, have nurtured the fire of the charism for a new generation. As Father Coindre once noted – when we go on a journey alone, it is difficult.  When we travel with others, the journey is that much easier. It is in life together, living out the charism that the brothers have nurtured and brought to life in each and every locale, that each ministry can blossom and grow. Today it is our turn, together, all of us, to fan the flame of the love of God into a fire in our ministries and in our outreach to the least. The only possible limit is us, because God is always faithful. 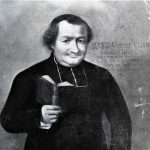 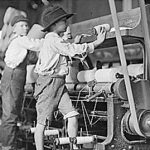