9 June 1846: Petition for foundation in the USA

Brother Polycarpe received a petition from Monsignor Portier, Bishop of Mobile, Alabama (born in Lyon, France) asking for Brothers for the USA. He had founded an orphanage for boys and girls that he had entrusted to sisters, as well as an ordinary school entrusted to priests. In 1846, he sent his vicar, Monsignor Bazin, in order to gather Jesuit Fathers for his school, and Brothers to take care of the boys in the orphanage. Monsignor Bazin Spike with Brother Xavier, who told him to make his request to Brother Polycarp.

After the Founder’s death, Father André Coindre, the Brothers elected his brother, François Vincent Coindre, who was also a priest, to replace him as Superior General. This is what Brother Xavier writes in his memories: “The Brothers, finding themselves orphans and knowing the dispositions of the founder, gathered to elect legally the new superior. The meeting took place on June 14, 1826. Considering that François Coindre had been given to us as chaplain-father y that he had supported his brother in all his actions, and that, the Founder had already elected him as his sucesor, there was no reason to doubt. After a secret scrutiny, he obtained eight votes over nine. The other vote was for M. Romain Montignac, superior of the Minor Seminary in Monistrol”.

19 June 1851: Authorization of the French State so that the Institute can open schools all over the country.

Here is the letter that Brother Polycarp received with the authorization: “Mr. Superior General: the Superior Council of Public Instruction has been summoned to examine the petition made by you, in order to obtain that the authorization of teaching in the Departments of Ardèche and Haute-Loire, granted to the Institute of Brothers of Christian Instruction, be extended toa ll France. I have decided on June 19, in accordance with the opinion of the Council, that this Society is allowed to enjoy in all the departments of the Republic the benefits granted by the law of March 15, 1850 to religious associations dedicated to education and recognized as establishments of public utility. May you, Mr. Superior General, receive the assurance of my distinguished consideration,

The Minister of Public Instruction and Cults.

A Lumber of young Brothers from Gap ha been members for some years of the Institute of the Brothers of the Sacred Heart; Brother Xavier and Bernardin were among them. Hyppolite knew Bernardin, he had observed him, and he was inspired by everything he ehad seen in him, so he decided to follow his tracks. On June 27, 1827, he went to Lyon. He was about 26 years [/vc_column_text][/vc_column][/vc_row] 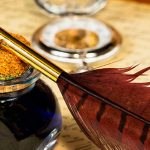 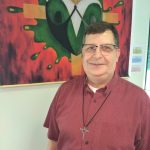 Who is Br. Mark Hilton, our new Superior General?Uncategorized