Having undermined every principle of morality, our century has now come to the sad condition of following its ruinous caprices. In many families today there are no more rules; there is no more subordination, no more authority to curb intemperance. Either fathers are the cause of these disorders as a result of their inability to command the respect of their children, or these unfortunate children, imitating the behavior of those who ought to lead them, soon learn to shun paternal authority.

It is a constant in our century that nothing is rarer than to find among children submission, that respect which they owe to the author of their days until they are lowered into the grave. Before a boy has reached his fifteenth year, if his vigilant father wishes to restrain him, he rebels and longs for the day when the law will exempt him from paternal authority. How many madcap projects do these young persons not contrive for lack of other teachers than themselves? They desert their families, search for a refuge by joining the army, […]

Because religion has not been […] Things were different for our fathers […] Worthy imitators of the patriarchs, they had learned to submit to authority even if it came from white-haired age. They acted thus after the example of Jacob who at [the age of] seventy-five obeyed the voice of his father in choosing his wife. Obediens Jacob parentibus suis isset in Syriam (Gen 28: 7). [Ms 58 a]

This is originally a single paragraph, which we have separated here for the sake of clarity.

If we read the first paragraph to a group of teachers today, many of them would think that it deals with the youth of the 21st century instead of the young people of two hundred years ago. The “lack of limits of children and teenagers is currently a common topic among educators.

” How many madcap projects do these young persons not contrive for lack of other teachers than themselves?” The second paragraph surprises us because of their relevance nowadays. When young people do not have referents in the adult world it is very difficult for them to face realistic and constructive projects. We could say that young people suffer from the lack of adult guides and so must rely on themselves.

Finally, in the last paragraph Andre logs for past times and quotes a biblical example to remind us that respect for parents should last forever. 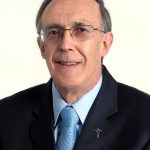 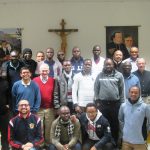