5 December 1858: anniversary of the Emperor’s coronation

According to the decree of February 19, 1806, the anniversary of the Emperor’s coronation and the anniversary of the Battle of Austerlitz must be commemorated on the first Sunday of December. It was costume that, in every big city, a renowned preacher would pronounce the panegyric in honour of the French armed forces.

Father André Coindre, being nothing but coadjutor of Bourg, was elected in 1813 for such an important mission. The 26-year-old speaker quoted the words of Exodus: “This is a day you are to commemorate; for the generations to come you shall celebrate it as a festival to the Lord—a lasting ordinance.” (Ex. 12.14). One of the proofs of the brilliant gifts of our Founder!

27 December 1858: The disease that quickly leads to Brother Polycarp’s death is announced

On the day of John the Evangelist, patron of Brother Polycarp (born Jean-Hippolyte), he went to mass to receive the Holy Communion. At noon he had to go back to bed because of a pain in his side. This pain did not last, the fever was insignificant, and the doctor said that there was no danger to be afraid of. However, such a weakened body, after so much work and sacrifice, deserved attentions and cares. 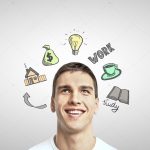 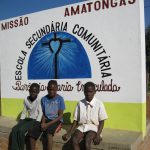 Our Missionary Work in MozambiqueUncategorized