When I speak to you from the pulpit on the topic of education my aim is not to present it to you from a scholarly or secular perspective, but simply under its religious and moral aspects.

Though religion, daughter of light, has never had greater enemies than the darkness of ignorance and the coarseness of uncultured minds; though religion has never been torn asunder by turbulent heresies or been dishonored by the worst of scandals or disoriented by superstitions more grotesque than those in the century in which the achievements of the human spirit were most widespread; though many centuries of genius have provided religion with the most sublime of apologists, the most celebrated of doctors, the most powerful of apostles both in words and in deeds, I cannot today do better than encourage in passing, heads of families and enlightened teachers who spare no effort in their task of cultivating the minds of our youth and giving both in the sciences and in literature the broadest and most brilliant scope possible. Let philosophers and lecturers everywhere teach that the greatest reward accompanies the enlightened and instructed man; let them show him to you, modeled in the priesthood, the military, and above all in the highest posts of government and commerce; these attractions which flatter your greed and your pride will always be powerful enough to inspire the greatest of sacrifices; and [in] view of the zeal which today [motivates] parents for the education […] of their children, let us [strive] to tell them: cultivate the minds of youth. [Ms 59]

We will point out three key ideas in this text of André Coindre. The first one is found in the introduction, almost his justification for speaking about education. For André Coindre, the center of education was in its most essential dimension, what contributes the most to personal formation, ie. “its religious and moral aspects”.

The second idea is hidden within the second paragraph, but it is fundamental. Beyond all the achievements of the Church and its great intellectual personalities, Father Coindre wants to encourage and congratulate especially the “heads of families and enlightened teachers  who spare no effort in their task of cultivating the minds of our youth”. It is not, then, that young people have great testimonies of distant personalities, but that they have the daily support of their parents and teachers.

Thirdly, he proposes to take advantage of the most selfish motives as an incentive for education. He shows that in all fields the people who stand out the most are the most educated. And he tells us that this recognition and appreciation of others are “attractions which flatter your greed and your pride will always be powerful enough to inspire the greatest of sacrifices” in the education of youth. 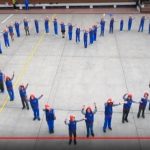 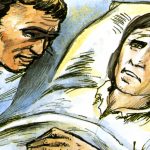