We are posting today the second part of this brief history of our Institute, presenting who were its Superiors General

Curious fact: just as in the first part all Superiors were of French origin, the last seven Superiors General we present now are from different countries: four Canadians, two Spaniards, and one American.

– First Superior General from Canada (and the first one who is not from France).

– Concerned about the formation of brothers, he opened forty new formation houses and promoted universitary studies.

– 1964’s Chapter, between novelty and tradition in the framework of the Second Vatican Council. Return to Baptism’s name, change of the cassock, liturgy of the hours as a prayer…

– The Council was instructed to prepare a revised draft of the Rules. An extraordinary General Chapter was called, but it left aside the General Council and prepared a new text.

– The principle of introduction to priesthood was approved.

– His priority was to spread the Institute’s ad experimentum Rule of Life.

– Collegiality and decentralization was his new style of government.

– In the 150th anniversary of the foundation, he made a call to “return to the sources”: Father André Coindre and Brother Polycarp.

– He was very accepted among the Congregations of brothers, which he represented sometimes before the Pope.

– His first objective was the Church’s approval of the Rule of Life.

– The 200th Anniversary of the heroic virtues of Brother Polycarp (ie. when he became Venerable) was celebrated during his mandate.

– He began the merging of the Canadian Provinces.

– The priesthood is evaluated in the Institute, in order to achieve the difficult balance between decentralization and unity.

– International commissions were created as an important means of animation: formation, structures, international session in Rome, priesthood in the Institute, spirituality, etc.

– The CIAC (International Center André Coindre) is founded in Lyon with the purpose of reanimate the studies of our origins.

– The International Session in Rome was renewed for ongoing formation of the brothers.

– Publication of the Formation Guide for brothers.

– He was a member of the Board of the Union of Superiors General.

– He left the Institute and was ordained secular priest after his mandate.

– His priorities were: listening to the cry of poor and hopeless children, revision of structures, funding of the solidarity in the Institute.

– He published the document “An ethic of constant vigilance”, concerning the sexual abuse of minors.

– The General Chapter of 2000, in the spirit of the Great Jubilee, took up the figure of Father André Coindre.

– He was welcomed by Pope John Paul II on the occasion of the 175th anniversary of the Foundation of the Institute. He also received a letter from the Pope.

– He was a member of the Board of the Union of Superiors General.

– Second Spanish Superior General, although he has developed his apostolate primarily in Colombia.

– The General Chapter in 2006 approved the revision of the Rule of Life with variations in the part of Structures and Government.

– A special importance is given to sharing the charism, the co-responsibility of brothers and laymen in the Institute’s works, and the joint formation for the prophetic mission.

– The mission of Amatongas (Mozambique) is founded, with an international community. 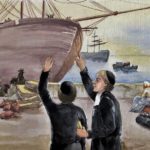 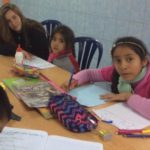