9 October 1822: Brother Polycarp is granted the title of third degree to teach in primary education.

When Brother Polycarp was still known as Hippolyte Gondre, ie. before his work in the Institute, he already felt deeply the vocation of teaching. In order to take the exams that would give him the qualification to teach, he prepared himself in a self-taught way. on October 9, 1822, he obtained the lowest title of the three that he got in his life:

“According to the report presented to us by the Headmaster of the School of Gap, responsible for examining the candidates for primary education, and taking into account that Mr. Jean Hippolyte Gondre, born in La Motte, department of Hautes-Alpes, on August 24, 1801, was examined in reading, writing, and calculation, as well as procedures of teaching, proof of the capacity required to fulfill the functions of primary teacher in third degree; having also examined his vast knowledge of Religion; and having seen the certificates of good behaviour, we grant him the present title, which authorizes him to fulfill the functions mentioned above according to the Article II of the Royal Decree of February 29, 1816.

In October 1824, Father Coindre gathered in Monistrol all the brothers for the annual retreat.With meditation, prayer, and the grace, they soaked up the spirit of their vocation. The 14th, last day, Brothers Borja, Xavier, François, Bernard, Bonaventure, Irénée, Augustin, and Louis issued in the chapel of the school public votes for three years.

Departing from Le Havre on the merchant ship Anna, they arrived in Mobile on the morning on January 11. They ruled there an orphanage with 35 children. At the same time, they were entrusted with the school of St. Vincent Parish, founded for poor children. In 1848, they also began to rule the school of the Cathedral church, where many students learned religion and elementary sciences. 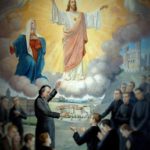 196th Anniversary of the Foundation of the InstituteUncategorized 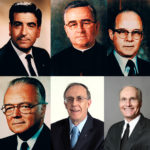