Today, February the 26th, we celebrate the birth anniversary of André Coindre. Born in Lyon, he was the first of seven brothers, of whom only three survived. After their marriage, his parents settled in Lyon, in the neighborhood of the nobility. However, they had arrived at the beginning of a social, political and economic crisis. For that reason, the first years in the city weren’t probably easy  for Vincent Gondre and his family.

Let André be the one to tell us a bit about his childhood and the calls he received throughout his life. What follows is an “apocryphal” letter written by Brother Ramón Luis García from Spain:

I lived my childhood years in the time of the Revolution and religious persecutions. My parents persevered in their faith and they educated me in the Catholic faith with great care. I remember the priests that kept their faith, going from house to house, even with the risk of being killed. I especially remember the parish priest who baptized me and who died in the guillotine. In my heart I heard a voice that told that one day I would replace him. When I was 17, I entered the seminary.

The most interesting subject in the seminary was Sacred Scripture, which I studied with passion and constancy. One day my teacher told me to be careful not to make that study a simple reason to satisfy my intellectual curiosity. He told me that the word of God must be read with the heart kneeling before the Mystery of God revealed there. For that reason I decided that I would dedicate my life to the preaching of the word as a missionary. When I was ordained priest I felt in my heart a fire impelling me to preach that Word of God that had been  stolen from me in my childhood. Many people came to listen to my sermons with great attention. I was convinced that my charism was the preaching, and this was what I was going to dedicate to body and soul.

When I was sent to Lyon, another “holy book” opened up before my eyes: the faces and voices of children wandering aimlessly through the streets, and the boys in the prisons and hospitals without anyone giving them an education. That was a turning point in my life. I was convinced that my vocation and charism was to be a preacher and a missionary, but a “new vocation” was springing up. I felt the call of those boys and that was also the Word of God. To respond to it, I had to find people willing to educate them and to accompany them. Thus, the Brothers of the Sacred Heart were born, my Brothers. I would be with them, be they would be the ones in charge of the education of those children.” 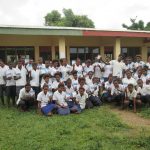 A Miracle of Solidarity in VanuatuUncategorized 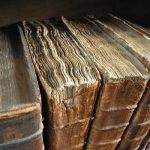